Skip to content
It’s been a while since I’ve had a mini-adventure although I’ve been to London, Belfast, Edinburgh and Newcastle in the last 8-9 months!

We hired a car on Friday, collected a couple of friends and headed out in the sunshine to drive for about 6.5 hours covering 360 miles. After about 10 mins the sun turned to heavy rain and stayed that way for pretty much the entire journey!

We had a leisurely drive down and eventually arrived at about 8pm. We had dropped our friends off in Salford but we were staying in Altrincham. There was barely time to munch a Subway and take a couple of pics before we crashed out!  Here’s the view from our hotel during the day and night:

On Saturday we headed to Cheshire Oaks, which is a designer outlet village, and it was lovely! It was a really nice and sunny day and I spotted Liam Gallagher popping into the Levi’s store!

I also treated myself to something I’ve wanted for a long time – a Mulberry bag! It makes me squeal with excitement every time I think about it! I’ll tell you all about it and my other recent buys in my next post, there’s too much to post here!

We were almost all the way round, contemplating ice-cream from Thorntons, when the heavens opened again!  After a nice Italian at Minskii in Altrincham, we got wrapped up for the gig we’d driven all this way to see – The Stone Roses at Heaton Park!

Now it’s very rare to get a good picture of me, and I’ll warn you now, this isn’t one of them! But I thought I’d show you my muddy festival outfit!

As you can see it’s very practical! Berghaus jacket, chunky scarf, Thinsulate flatcap, fingerless gloves that turn into mittens and my new Däv Thatcher boots. I saw lots of girls in cool outfits, but I’m a cold tattie and I like to be warm and dry and comfy! I did see one girl going in with high-heeled boots on, I wonder if she still had them by the end of the night or if they’d got sucked into the ground!

The concert started at about 4:30pm but we didn’t arrive until nearer 7pm so out of the support acts we only caught Liam Gallagher’s band Beady Eye before The Stone Roses came on. I’m not a big fan of the Roses, never was really, but the concert was good and there were some tunes I could sing along to!

The next day, to prepare us for our big drive ahead, we headed to Oxford Road Cafe for a late breakfast. I had scrambled eggs, wilted spinach and mushrooms on granary toast and about four cups of tea! It was absolutely just what I needed, really tasty, substantial grub!

The drive home was better than the way down and I spotted these lovely things at the roadside: 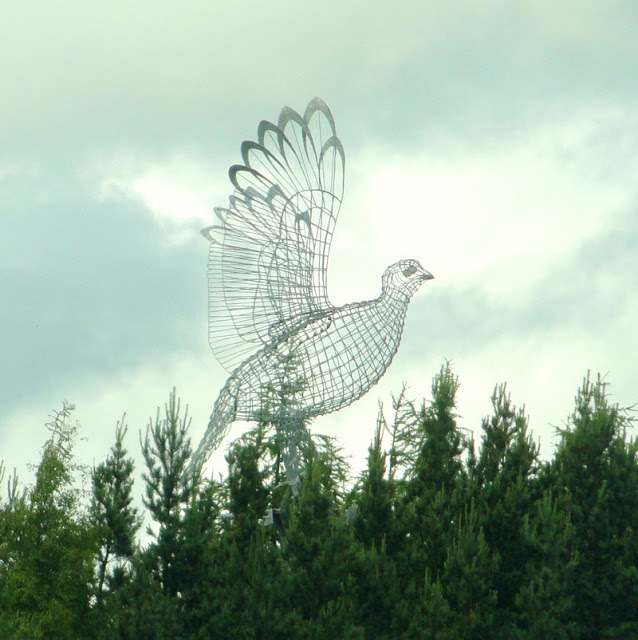 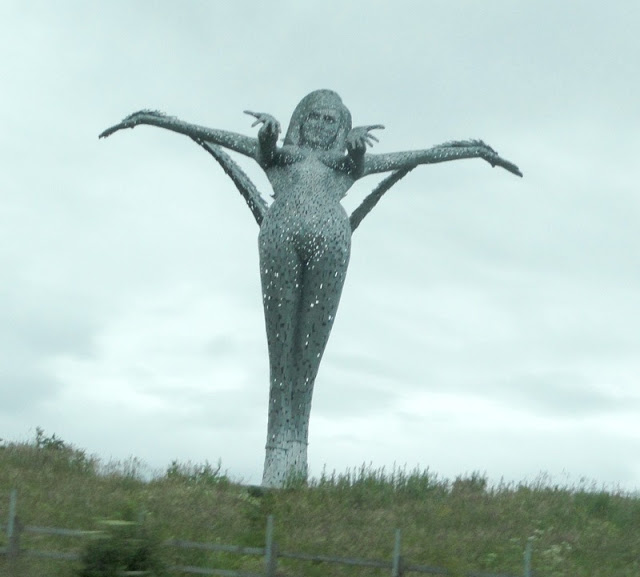 The first one is a statue of a Grouse at Perth, and the second is the “Metal Mermaid” beside Glasgow, I love the way the light shines though her so it looks like she’s shimmering!

And that was my weekend! Were you in Manchester (or the area) this weekend? What were your highlights?