My Mini-Adventure to Dundee

I moved from Aberdeenshire to Dundee when I was 21 after visiting friends there. I had such a great time that within a month of returning I had ditched the job and the man that were holding me back,  got a new job and a room to rent in Dundee and moved there.

After 6 months I knew I wanted to stay so I bought a flat and stayed for 8 fantastic years! The second half of this was spent at college and university getting my degree, and once that was done I got a job back home so I was on the move again.

I rent out my flat now so I get to visit regularly and I invited my friend Leanne to join me on a road trip to the City of Discovery! 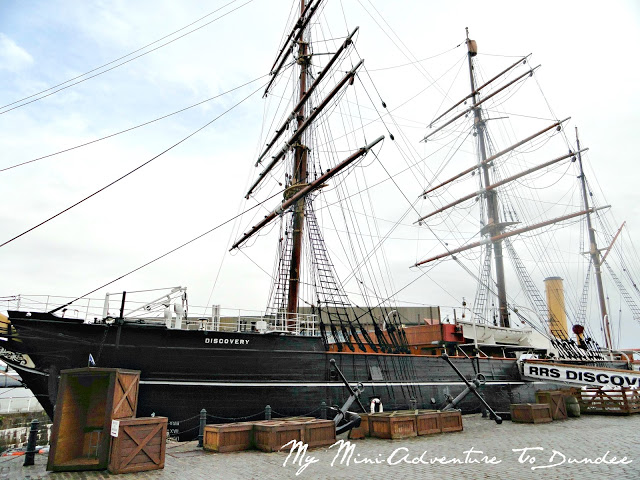 I got the tenant viewings out of the way early on Saturday so we could make the most of our trip and our first stop was lunch from the 24-hour baker beside my flat, Clarks. This place it legendary, you can get anything off the menu, and time of day or night, from sandwiches, burgers, pies and hot rolls to cakes, slush puppies and ice cream.

We headed into the city centre and visited McManus Galleries. Dundee’s going through a real rejuvenation at the moment and the plans for change over the next couple of years are really exciting, and they seem to have started here!

It’s a beautiful building filled with the history of Dundee, as well as Victorian and modern art galleries and entry is free!  You might recognise the stained glass circle from a Clydesdale Bank £10 note showing Scottish missionary Mary Slessor.

I’m not a fan of stuffed animals and these examples don’t help! The wildcat and fox look mental and the seal looks really sad!

There was a farmer’s market on, so we had a look around at that and I showed her the statues of the Dundee Dragon and Desperate Dan with Minnie The Minx in the city centre. 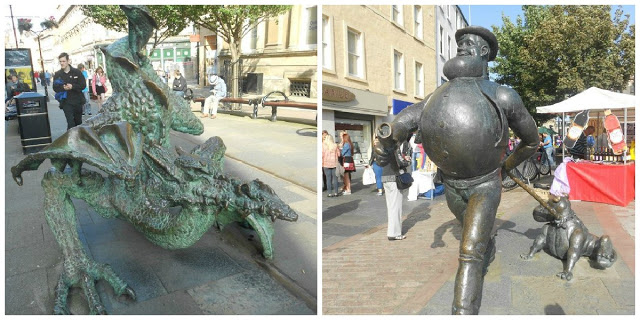 We went to Tonic on Perth Road for tea and sat and watched the world go by at the window seats while we decided on which of the almost 250 variations of burgers to have! I’m a veggie so that made it much easier to pick!

We went to the cinema to see The Watch. I’d heard that it wasn’t that good, but we really enjoyed it! Afterwards we went to meet friends at The Phoenix, a pub in the Nethergate but only stayed for one  cos we were totally shattered so went home to a cup of tea, pyjamas and Disney’s Beauty & The Beast!

On Sunday we met a friend and had a lazy brunch at the Tartan Coffeehouse. I’d never been before and it was really nice, just what I needed!

We had to do a bit of a tour in the city centre again because the flat key I had cut the day before didn’t fit and we’d found a Blackberry outside the cinema so that had to be taken to the police station. But I did get to show Leanne some cool places like my uni, Abertay, and the home of the Beano & The Dandy (amongst other things), D C Thomson.

We spent the afternoon at RSS Discovery, a Dundee built ship which Captain Scott took on an expedition to the Antarctic.

It’s pretty amazing to think I was stood on a boat which over 100 years ago went to the Antarctic!

This top picture is Captain Scott’s room on the ship, I love the bed with all the storage underneath.  All the Officer’s rooms are like snugs around a lavish Wardroom where they ate and talked, a bit fancier than the crew’s quarters!

We had to stay in Dundee a few hours later than expected to get the paperwork signed by my new tenant so the drive home was late. Although we’d had a fantastic weekend it was so busy and tiring that I was glad to be home!