My Mini-Adventure To Glasgow

Last weekend I was down in Glasgow for my friend’s hen weekend.

Now, unfortunately, as it was a hen do, I have to edit out some of the “what happens in Glasgow, stays in Glasgow” moments, but we did manage to stick to our own rules:

There were a few near misses, but editing these out allows me to paint a much more ladylike version of events! Here goes…

It all started far too early for my liking, but we all managed to drag ourselves out of bed and catch the 6:33am (yes, that’s right, in the morning, on a weekend!) train.

Bleary-eyed, we all perked up a bit when the lovely bride-to-be pulled out a magnificent yet healthy breakfast of fresh fruit and orange juice.

This moved on to pastries and bucks fizz and, by the time we reached Glasgow, turned to chocolate chip willy cookies and bubbly! Oh well, start as you mean to go on!

We dumped our bags at the hotel and hit the shops around Buchanan Street before starting our sub crawl, which involves getting off at different stops on the underground and having a drink in the first pub you see (within reason!).

Our first stop was Hillhead, where we went for lunch and drinks at Ketchup on Ashton Lane. I had Hooray For Haloumi which is grilled haloumi (obvs!), walnut and rocket pesto and pickles, and it was delicious! (I’m still craving this on a daily basis!)

Our next stop was Kelvinhall, where we found a pub called The Three Judges. We ordered our drinks and instantly got some good banter from the locals, which is always the sign of a good pub! A few marshmallow willies later and we were off again…

…to Partick and a pub named Stumps (I can’t quite believe I’m finding websites for these pubs, they certainly polish them up nicely online!). It’s small, full of football-watching men and initially seemed unwelcoming, but we were soon proved wrong! They moved about to let us get a table together and cracked jokes with us. During half-time, they muted the TV and put on some dance music cos they knew we’d be making a day of it!

We had to cut the sub crawl short so we wouldn’t be late for a show at the Britannia Panopticon Music Hall.

I found this place fascinating as it’s currently under renovation but you can feel the history. In the meantime they’re making the best use of the space with regular events and have decorated the walls to tell the theatre’s story. 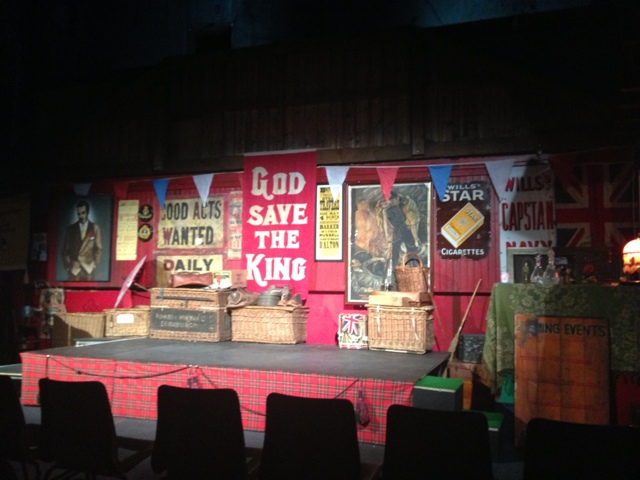 It claims to be the oldest surviving music hall in the world and has seen performances by lots of greats, including Stan Laurel, who debuted here in 1906!

The show we saw was “Would You Let Your Daughter Marry A Ned?” and it was a one-man performance by Robin Cairns. It was hilarious! Robin played the full range of characters, from the snooty father of the bride to the neddy groom and his hardman dad. And he did a great job of the women too! He also does a cracking slosh!

The only thing about the Panopticon is that it doesn’t have heating. You could hire a hot water bottle for 30p, but we braved it and after a short time I didn’t even notice.

Afterwards we headed to Maggie May‘s to heat up and get the bride-to-be started on some dares!

Back at Grand Central Hotel we got checked in and I was really impressed! The hotel is actually part of Glasgow Central train station, and although that wasn’t the station we were using, it was really handy for the city centre. 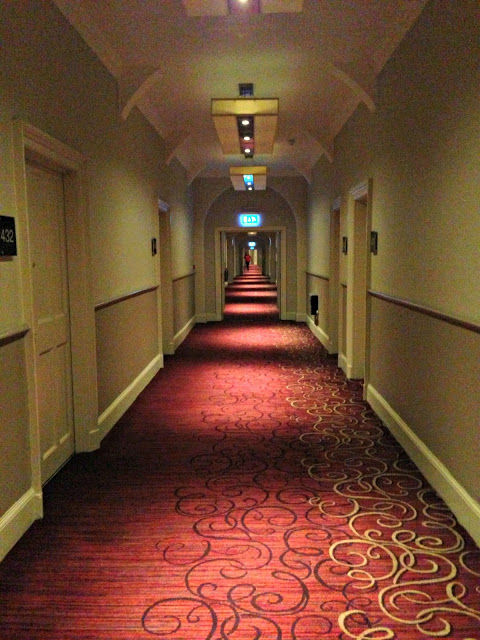 The hotel itself is really nice and the staff were lovely.

After a quick soak in the bath and some glamourising, we headed to Champagne Central then Tempus Restaurant, both within the hotel. There was a really good atmosphere and the food was good. We played Mr & Mrs with the bride, where her groom has answered questions and she had to guess his replies, and for each one she got wrong she had to wear an extra piece of hen night tat! By the end she was wearing a sash, devil horns, a wand, an L plate and drinking straw glasses!

Suitably stuffed, we went to Bread & Butter for £3 cocktails before heading to our VIP booth in The 212.

After much drinking and dancing, and some falling over (the floor was part sticky, part flooded) we all stumbled back to the hotel, mostly content with our fabulous night out.

I woke up at 9am. Except it was really 8am, but the clocks had changed for daylight saving, so I was as bright as a spark with only 4 hours sleep.

Within 3 hours we had all managed to drag our ailing carcasses, dressed and packed, out of our rooms and down to reception.

A proper breakfast was a must, so we headed out in search of some fried goodness. We found it at Fifi And Ally’s in Princes Square. I had perked up a bit after my scrambled eggs on toast with tomato and mushroom, but we were all in varying states at this point and I could tell today would be a struggle.

We took a short walk in the fresh air before arriving for afternoon tea at The Corinthian Club. This place is stunning! Super-high ceilings and moulded plasterwork, all topped off with a glass dome, everything about it felt lavish.

Our afternoon tea consisted of bubbly, tea and coffee, warm scones with cream and jam, sandwiches, cakes and cocktails!

I tried, I really tried. I ate the nice things, started to drink my bubbly and cocktail, but it was no good, I was fading fast. My body and mind wanted me to be at home, curled up under a blanket, and I started feeling squiffy. After a short break away from the table I returned, composed after some cool air. And that was it, 10 minutes of feeling woozy was my only punishment for all that drinking the day before.  That, I thought, was quite a good result!

After some chips at the station we were all feeling (and looking) much more like our usual selves as we boarded the bus, although all that swaying for 2.5 hours didn’t do us all any favours!

Back in Aberdeen there was time for one last cocktail at Las Iguanas before we disbanded and I got my train home.

After a quick summary to my family, I went to bed and crashed, face first, into a deep sleep.

6 responses to “My Mini-Adventure To Glasgow”