In April, the day we left for our weekend away to Aviemore, I was told that I was at risk of redundancy. Our trip away had actually been postponed to that weekend, which turned out to be pretty serendipitous.

I had suspected that it may happen. The company had made a few people redundant in the months prior, and there were going to be big changes which directly affected my work. But despite that, I still felt a bit numb.

That Friday afternoon I went to speak to my HR department and burst into tears. I’m a pretty positive person, nothing much gets me down, so it was as much a surprise to me as it was to my colleagues. I was clearly affected by the whole thing much more than I’d realised.

The following Monday I went to the doctor and broke down crying again. I hadn’t realised the symptoms until my GP joined the dots. For weeks I hadn’t been sleeping well and I had blamed that for my tiredness, lack of energy, short temper and migraines, when they were all signs of stress.

Luckily during my three week sick leave period my company had finally come to a resolution and last week was my final week. I had a lovely send off from my colleagues of the last six years and despite all that had happened I was able to leave feeling positive about my new start. 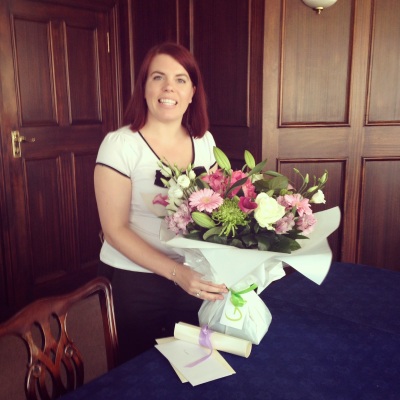 I have a new job, which I start tomorrow. I’ve loved being a full-time Web Developer, but this has given me a chance to try something different. As of tomorrow I’m a Clothing Manager for Tesco! I’ll still do some freelance web work but I’m looking forward to a more active job with a good team and new challenges. Most importantly,  I feel much happier and the stress has gone.

I know that redundancy and its effects vary from person to person, and that I’m lucky to have another job to go to, but I thought I’d share my story in the hope that it might help someone.

One thing that helped me greatly was the redundancy section of www.gov.uk which tells you what to expect in a clear, simple way.

Here’s some helpful advice I learnt/was given:

Take notes and where possible get things in writing as this will help if your case goes to a tribunal. You should receive minutes of any official meetings throughout the consultation period, but if you have any questions it’s a good idea to email them or take notes. Ensure you read minutes carefully and highlight anything that doesn’t tally with your account.

Consult any friends who work in HR or law as they know the process and your rights and can answer any questions without bias.

Start looking for alternative employment straight away. Until your redundancy has been confirmed you can’t assume anything, and having a new job to go to is usually more important than a payout.

Look after yourself. The whole process can affect your health more than you think.

Have you been made redundant? Do you have any advice for others?

5 responses to “Redundancy And Me”