I’ve been to see a number of National Theatre Live performances since it’s launch in June 2009. It’s the best of all worlds, I get to see amazing productions of amazing plays with an amazing cast, all for slightly more than a cinema ticket. My favourites include Frankenstein, The Curious Incident of the Dog in the Night-Time, Coriolanus and now Hamlet! 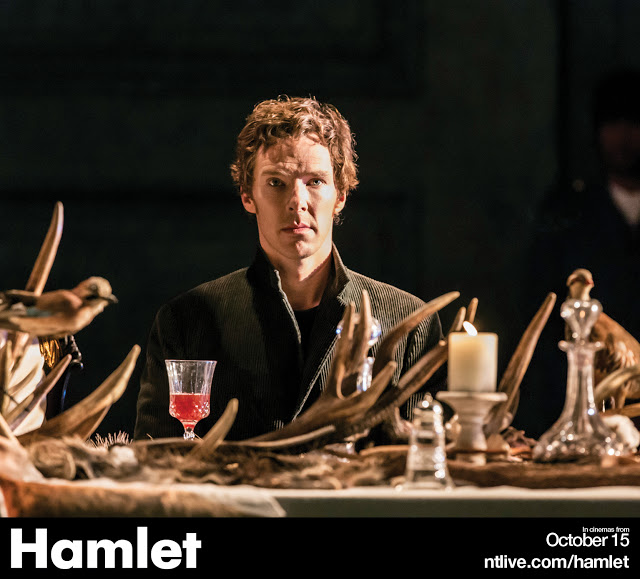 When I heard that Vue cinema in Aberdeen were showing Hamlet starring Benedict Cumberbatch, I jumped at the chance to see it. I’m a huge fan of Benedict and I really wanted to try out their Sony 4K screening.

I was not disappointed, it was fantastic! I’d never seen Hamlet before and only vaguely knew the story, in my mind it was always a very serious play. How wrong I was! I was laughing out loud, especially at the scenes where Benedict was dressed as a soldier (no spoilers here!). But in true Shakespearean fashion, it was also immensely moving. It is, after all, a tragedy.

The story deals with complex relationships between family and friends, mental health, loyalty and deception during a time of war. The acting was spectacular as you’d expect, but Sian Brooke’s performance as Ophelia affected me the most, so beautiful but so fragile.

Filmed and shown in Sony 4K, which is 4 times the definition of HD, instantly the quality brings you closer to the theatre than ever before. Being able to see the expressions and movement with such clarity in a way that even those closest to the stage wouldn’t have seen was immersive.

I would seriously recommend that you try out NT Live showings at Vue for yourself. With Of Mice And Men starring James Franco and Chris O’Dowd showing from 19th November, I’d say that could be a good time to do it!

Written in collaboration with Vue Cinemas