Whilst I’m moving home, I’ve asked some lovely blogging ladies to fill you in on all things housey!

First up is my friend Jen from Jenstar Knits. Not content with being a full-time engineer, superstar knitter and owner of Jenstar Knits, she’s also renovating her home whilst being pregnant! Phew! Jen has written a three-parter on the various stages of her stunning extension!

Ever since we moved into our house nearly 4 years ago my husband and I always had the grand plan to extend the living space and rip out the awful garden. It’s not that it was a small sized home but we felt that the space could be used to much better effect and I, personally, always felt I had a Grand Designs type project in me. After getting married last summer we were both left with that “what do we do now?” feeling that so often happens so thoughts quickly turned to what kind of extension we should do, where it should go and how much we could afford to spend on it. Many of the surrounding neighbours have extended, be it conservatories, sun rooms or double story extensions, some have gone well but a number have had issues either with the build itself not being finished to their satisfaction or by being let down by their contractors and nearly all of them didn’t have the wow factor that we were after.

After researching options, and talking to friends and neighbours, we agreed that a single story extension into the area where our current patio was would make the most sense. Our garden is north facing so this area was never used to sit in and was just very large corridor to the other parts of the garden. We also had a very large area of garden taken up an impractical raised bed and another patio area which we didn’t like as the level was so high it lacked privacy from the surrounding houses and gardens so we wanted to reclaim this space and have all this area ripped out. 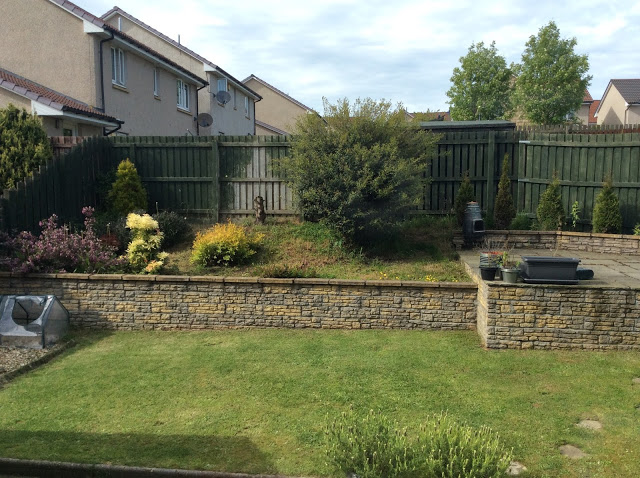 We then set about contacting various local companies to see what they would propose for us, the key one being Dab Den, as we both loved their style and they came highly recommended by a colleague of mine. Funnily enough Dab Den were the only company to respond to our requests so we had them come out, discuss our ideas and measure up the space to provide a quote. One of the great things about this husband and wife team is that they are the architects and the builders so the price they give you, barring specification change, is the price you pay. Unlike getting an estimate from an architect and then having to find a builder separately only to find the cost to build has dramatically increased, we felt confident that we could achieve what we wanted in the budget we had. 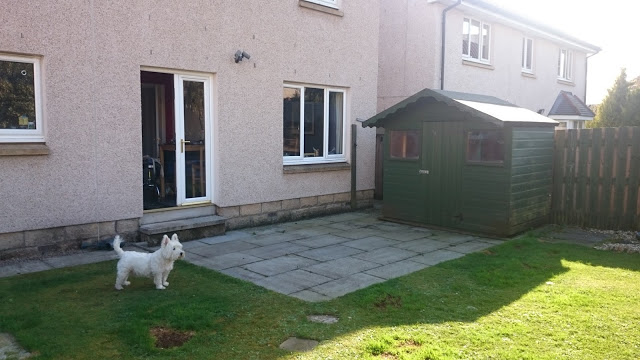 After reviewing the three different options Dab Den drew up for us we quickly agreed on our favourite, which just so happened to be within permissible development rules which meant no planning consent would be required, this reduced cost a little and also meant we wouldn’t have to wait too long before kicking off the project. All that would be required is a building warrant and completion certificate but Dab Den had the plans reviewed by Aberdeenshire Council anyway just to make sure that they were happy with things.

No sooner than we had signed the contract and paid the first deposit we discovered that we’d have an additional pressure on the timescales, I was pregnant! Was it a good idea to be taking on such a big project? Well nothing ventured, nothing gained and we both agreed (my husband with some gentle persuasion) that this is the kind of thing that would be much better to get out of the way before this little person arrives rather than after.